“I will go out until the day, until the morning break –
Out to the wind’s untainted kiss, the water’s clean caress;
I will forget my ankle-ring and snap my picket stake.
I will revisit my lost love and playmates masterless!”

Your Pench Jungle adventure seems to be incomplete without aweinspiring wildlife safari in Pench National Park. Sighting of animals and birds in their natural habitat is an unforgettable experience. The King himself, The Tiger, awaits and beckons you at this glorious
Pench Tiger Reserve.When people think of Jungle safari in India, Pench is the destination that comes to mind. Nothing comes even close to jungle safari tours when it is about peace and excitement at the same time. Travelling
through the jungles of Pench,  experiencing and observing its wildlife is the apex form of tourism comparable to none. Village Machaan Resort has a lot to offer when it comes to the safari tours. Pench has Tigers, Elephants, Leopards, and 284 species of birds.
When it comes to Pench, Village Machaan Resort leads in hosting wild life travelers and organizing wild life safari. Our history of more than 1000 safaris has transformed us into a wildlife expert. Our safaris are designed in a way to leave minimal effect on the environment, wildlife or the locals.Itineraries are designed to provide the highest coverage of the wild.Our guides are professionals and are experts in the field of wildlifetourism. We are the most chosen destination according to Trip advisor reviews.Set free the Mowgli inside you through a real jungle adventure…! Enter the thick Pench forests and let the journey begin. But hurry! Quite a few of the characters from The Jungle Book have already
paid our Tiger Resort a visit. That’s thanks to the inviting lush palms, araucaria and hibiscus, the adjoining natural forest and of course, the small stream that completes this picture perfect view. The natural charm of this famous wildlife setting is well preserved
and awaits your arrival.
Remember, each of our cottages has a personal ‘Machaan’/gazebo that offer breathtaking views of the surrounding landscape.
So pack your shorts, binoculars and get ready to be transported to
an adventure of a lifetime! The thrill of the Jungle Safari can only be experienced. It’s tough to describe what sort of adventures await
you when you’re out there in the wild. An open jeep will take you
deep in to the forest to give you the real life Jungle Book

experience. You will be taken to Alikatta, a special central spot
where the grasslands and open spaces make it easy to see the
animals. One piece of advice, when in the tiger’s territory, plays by his rules.

The largest concentration of herbivores in India is here in Pench.
The animals to spot include the famous herds of Indian Bison,Sambar (antelope), Nilgai (Blue Bull), Chital (Spotted Deer) and sounders of Wild Boars, Wild Dogs and sometimes even Flying Squirrels. Also watch out for Black Bears, Jungle Cats and Jackals. The experts at the Pench Wildlife Safari have
recorded a total of 260 different varieties of birds so keep an eye out for the Herons, Kingfishers, Parakeets and Drangos, Kingfisher, Peacock amongst others. But the real excitement will begin once you hear that first roar of the Majestic Tiger…As a prey attention is high along the Pench River, Tiger usually
inhabits frequents this belt. A Leopard though generally operates in nthe peripheral areas but is occasionally seen in the deep forest
also. Jungle Cats are commonly seen. Leopard cats, smallIndian Civets and Palm Civets are common but seen rarely.
In Pench, Cheetal, Sambar, Nilgai are commonly seen grazing on the open sites on roadsides and banks of river & reservoir. Jackals can be seen in search of food anywhere in the Park. Packs up to 15 of wild dog can be seen near Chhedia, Jamtara, Bodanala and Pyorthadi areas of the Reserve. Herds of
Gaur can be spotted near streams and bamboo patches commonly in summer months. Sloth Beer occupies hilly, rocky out crops and
favor mahul bel infested forest. Chnkara is present in very small numbers and is found in open areas around Turia, Telia and
Dudhgaon villages.Langoors are very common in Pench, whereas the Rhesus monkeys may be seen sporadically on the fringes. Pench boasts of more than 210 species of birds that include numerous migratoryones also. Generally seen are Peafowl, Redjungle Fowl, Crow Pheasant, Crimson Breasted Barbet, Red Vented Bulbul,
Racket Tailed Drango, Magpie Robin and lesser Whistling Teal

• Exploring the jungle always brings out several surprises for both the nature lover and explorer. But in our pleasure to explore the natural environs we sometimes forget that we have a responsibility to follow, to keep the environment clean.
• While visiting any of the National Parks or Wildlife Sanctuaries of India you should keep in mind that they are
protected areas under the Forest Department of India, so adhere to the nature conservation program of the forest department.
• Please carry Earth colour clothing to wear and Binoculars to closely capture the Wild. Bright coloured Clothes and Mobile phones are not permitted in the forest.
• When on your jungle tour just keep in mind that animals are natural habitats because it’s their home, so do not upset them. If you want to take photographs do not disturb the animals,
keep in mind you are in their territory. 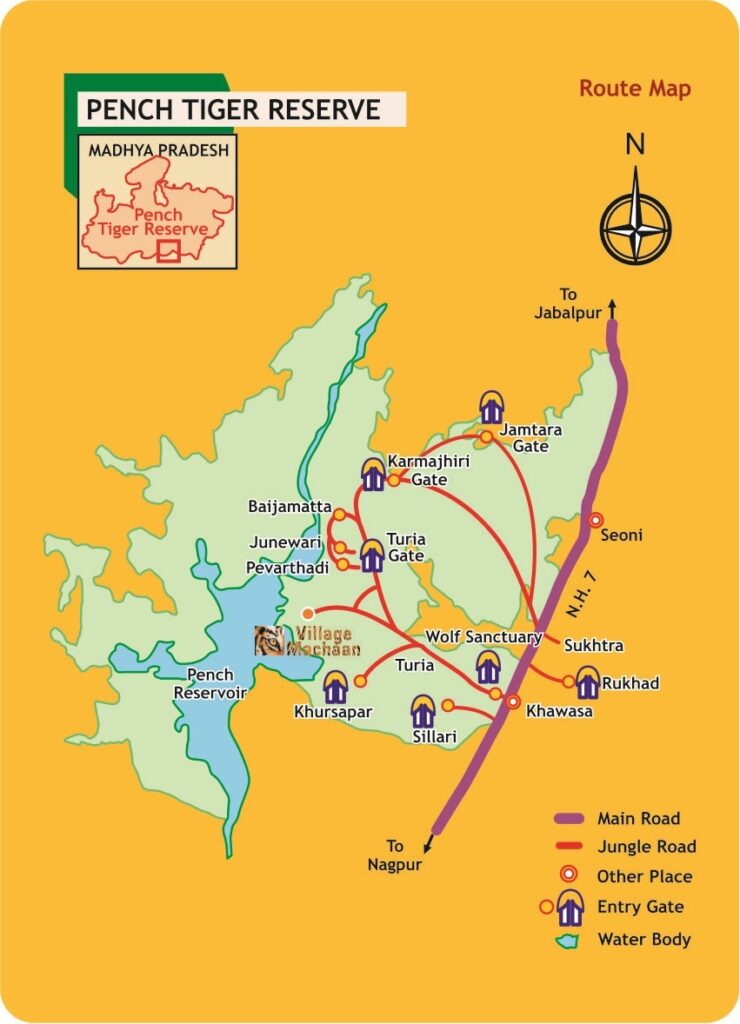